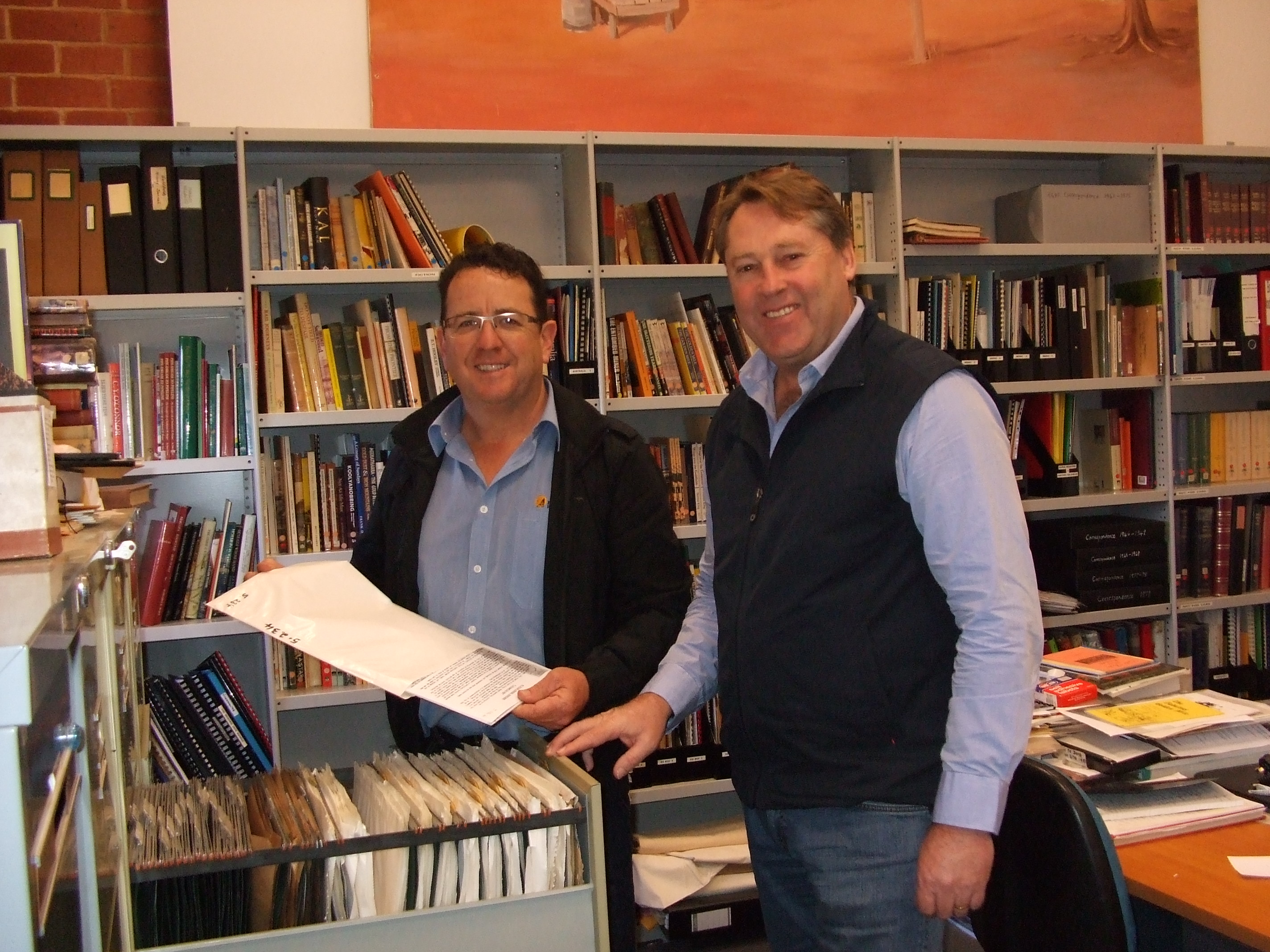 On Thursday 29 June 2017, the Historical Society hosted a visit by Rick Wilson, Federal Member for O'Connor.  EGHS President Scott Wilson showed Mr Wilson through the old Boulder Power Station, and explained some of the various collections to him.  We also shared our new website, and demonstrated searching the database of the negatives that have been digitised in the last six month.

The electorate of O'Connor covers an area of approximately 868,576 sq km from the Gibson Desert in the north to Albany in the south. The main locations include the City of Albany and the City of Kalgoorlie-Boulder.

The electorate is named after Charles O'Connor 1843–1902, Engineer in Chief of Western Australia (appointed 1891). Charles O’Connor designed Fremantle Harbour and the pipeline which supplies the Wheatbelt and the Goldfields with water.  The Eastern Goldfields Historical Society has a range of documentation and books about Mr O'Connor and the building of the pipeline.